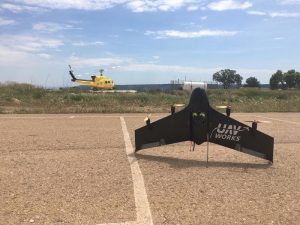 VALAQ Inigne is a VTOL fix wing with long range and flying time specifically designed for minimising fire reignitions during a fire extinction management by an advance command post. VALAQ Inigne launches ball sensors to the ground to get from them many ground and surface air levels like Co2, humidity, temperature, air pressure, oxygen among others. All sensors levels are sent to the drone in which all data will be processed with thermal images taken by an onboard IR camera. VALAQ Inigne will then send all information to an advance command post to be shown in what we call fire reignition probability map. A valuable strategic information to distribute ground forces in order to optimise efforts and resources during a fire extinction. 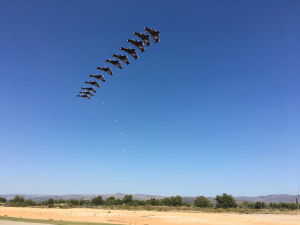 It is imperative for all societies to have the best fire fighting system, resources and tools to be as much effective as possible against forestall fire destruction. One of the biggest challenges of extinguishing a fire is to localise areas where fire reignition is most probable. Fire reignition causes a huge loss of resources efficiency during fire fighting as it needs to dedicate new fire fighting forces and resources  to be extinguished.

Our solution is demanded and specified by Valencian Fire-fighters Consortium, and also, as part of the research project, a solution designed by them as final users.

Our solution offers a decision making interface in a forward command post during a fire to get the most probable areas in which fire has been already extinguished but reignition is most probable. If you get this information fire fighting commands may distribute more efficiently their firefighters corps and reduce reignition that causes a loss of effective resources. This decision making system will gather up all data send by our drone, a VTOL airplane with range enough to fly over recently extinguished fire to both, launching sensors and taking IR images. Ground sensors get data like CO2 levels, temperature, humidity levels, as well as all critical parameters to deduce a possible fire reignition. Both IR images and data received from sensors from the ground are sent by the drone to the forward command post. We developed and performed an use case during ETHON project leaded by the Valencian Polytechnic University, and the solution is already validated by the Valencian Firefighting Consortium as final user. We are on the starting line for phase 2 of developing and create a final product to be ready for commercial use. 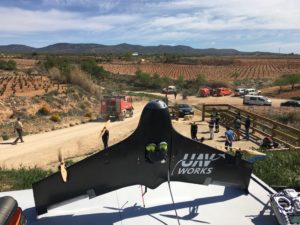 Our solution is the result of the joint of two innovative elements basically: 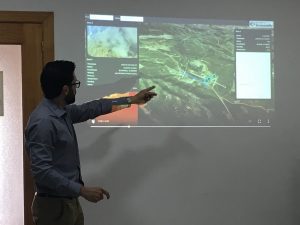 Galileo geo-reference will be absolutely critical as it is needed for the following different elements: